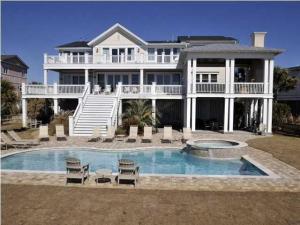 A recent study by the National Association of Realtors shows vacation homes sales surged ahead in 2014.   Here is a quote from NAR Chief Economist Lawrance Yun:

“Affluent households have greatly benefited from strong growth in the stock market in recent years, and the steady rise in home prices has likely given them reassurance that real estate remains an attractive long-term investment. Furthermore, last year’s impressive increase also reflects long-term growth in the numbers of baby boomers moving closer to retirement and buying second homes to convert into their primary home in a few years.”

The report notes a significant increase in vacation homes sales from that reported in 2013 and the highest total since 2003.  Actual numbers can be found here.

All three areas showed an increase in the median price sold except Wild Dunes, where there was a 28.2% decrease.